Telling and writing stories has been an occupation of mine since my early youth. The study of history and the passion for the study of Winston Churchill was its natural extension. Irreverent pieces in the school newspaper led to articles by the wild local reporter, illustrated with his own photographs. From the vernissage and the chamber music evening to the fire brigade exercises – all were hammered out on a Hermes 3000 typewriter at the Badener Tagblatt.

In 1990 came the transition to the Neue Zürcher Zeitung, where in my coordination work on the foreign desk I tried to bring order into the creative chaos of the foreign correspondents.

As correspondent for southern Africa between 1996 and 2000 I experienced a dream job – and its twilight. Every Saturday edition at that time was 128 pages long, the newspaper was a licence to print money. I could travel as much as I wanted. Those times are gone. What remained was the passion for writing and for South Africa – not surprisingly, since I had observed and described world history in real time with Frederik Willem de Klerk and Nelson Mandela in the main roles.

After my time as a salaried journalist I wanted to get to know the world of communication. My formative experience from this time was my post as Media Head of the Swiss Stock Exchange, at that time the SWX. Here I experienced the faultless performance of a team of five hundred in the service of the financial and business centres of Switzerland, an inspirational leadership and first-class collaboration.

In the second phase the merger of the three companies SWX, SIS and Telekurs to become SIX was extremely instructive, summed up in the words: Change Communication.

Since 2011 I have been occupied in turning my dream of having my own company into reality. Since starting the company I have supported many SMEs and their leaders in their communication work, particularly on sensitive issues. At the same time I have written and/or published on average one book per year. The most successful of these was 'Winston Churchill und die Schweiz' (available from NZZ Libro, now in its second printing).

As reader, author, traveller and tour guide I am fascinated by the contrasts between the security and stability of Switzerland and countries which are in the midst of political and economic adventures such as Great Britain and France – countries and people I got to know well as a student. And southern Africa, of course, where the clocks run quite differently from ours. 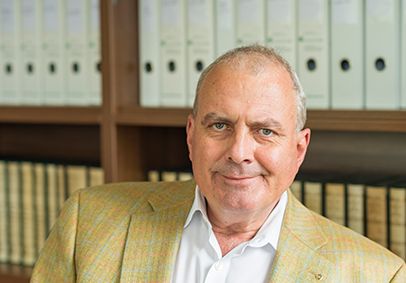 Every person, every organization and every company has its own history. I write about it with knowledge, suspense and a pinch of humour.

Werner Vogt Communications AG
Geissacher 6
CH-8126 Zumikon
Tel. +41 44 577 12 07
This email address is being protected from spambots. You need JavaScript enabled to view it.

We use cookies on our website. Some of them are essential for the operation of the site, while others help us to improve this site and the user experience (tracking cookies). You can decide for yourself whether you want to allow cookies or not. Please note that if you reject them, you may not be able to use all the functionalities of the site.